The founder of eBay Inc (NASDAQ:EBAY), Mr.Pierre Omidyar has announced his plans to leave the PayPal Holdings Inc (NASDAQ:PYPL) where he has served on the Board. He told Paypal that he will not be available for another term re-election.

PayPal however,r was quick to rectify the conclusions made by people that the Omidyar’s exit is as a result of the disagreement that led to split between the two companies early 2015. His term with Paypal is coming to an end later in the year which will take place at their annual shareholder’s meeting.

After the split from former parent Ebay in April 2015, PayPal earnings stumbled in its first third quarter earnings reporting a revenue increment of only 15 percent to USD2.26 billion which was slightly lower than the projected USD2.27 billion. However, the company adjusted its profits which increased to 31 percent to USD377 million.

The reasons that led to the split were due to the pressure that made an Activist Investor Carl Icahn, to make the big decision of placing PayPal into an independent entity. This was intended to assist the firm to focus more on its goal of providing the digital payment services, which were growing at a high rate that the eBay’s.

In January this year, PayPal reported an increment in its earnings just as it was projected by the investors. The profits traded at USD2.98 billion which tallies with what the investors’ expectations of 17 percent increase.

According to the latest updates from NASDAQ, PayPal today has a market share of more than $50 billion compared to eBay with a market cap of $36 billion. This is due to the fact that PayPal owns innovative properties such as peer-to-peer money transfer platform that offers customers a chance to make cash when taking an Uber taxi service. The firm also has Xoom transfer payment podium for transferring money overseas.

In the last year, PayPal altered its market prospects through a number of strategic affiliations with financial institutions, and mobile companies, and improved network with Information technology companies. The exit of Omidyar however, may not have any impact on the performance of the firm. 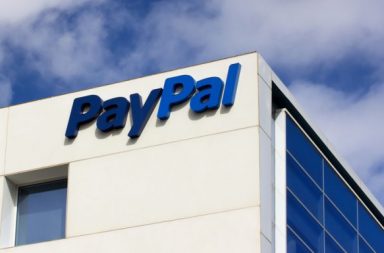 Apple Inc. (NASDAQ:AAPL) Rolled Out To More Countries As More Retail Outlets In The Us Now Accept Apple Pay 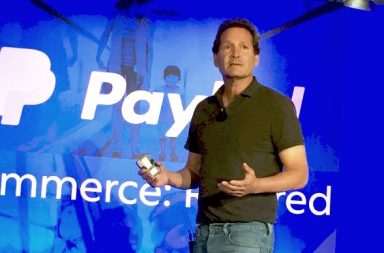