Car sales in the United States declined in the first month of the year following a glut that was experienced following a period of brisk sales in December last year. Some of the affected car manufacturers include Ford Motor Company (NYSE:F) and General Motors Company (NYSE:GM).

In the case of General Motors, the biggest car manufacturer in the U.S. sold a little over 195,000 units in January. A year ago, General Motors had sold a little more than 203,000 vehicles translating to a decline of 3.8 percent. The decline in retail sales was slightly larger as it fell by 4.9 percent.

Ford, on the other hand, sold 0.7 percent fewer cars in January this year compared to the same period last year. Retail sales of Ford however increased by six percent in contrast to General Motors’ case. Ford’s fleet sales went down by 13 percent.

One of the best-performing brands in the Ford line-up was the F-series where sales rose by 13 percent. Since 2004, this was the best start of the year in terms of sales.

With regards to inventory, General Motors had an inventory of 100 days by the end of January which signaled an increase in the stocks that dealers were holding. In the past, car manufacturers have turned to layoffs and discounting whenever they were faced by high inventories.

Already, General Motors has laid off thousands working at its various facilities in the United States which focus on making compact cars and sedans. This category of cars has witnessed reduced demand due to the low prices of gas which has made SUVs and trucks attractive to buyers.

Though low auto sales are the norm in January, this time round the situation is made worse by the fact that the inventory is higher than usual. According to RBC Capital Markets, the auto sector has supply exceeding 90 days. In December, the industry had a supply of 62 days. 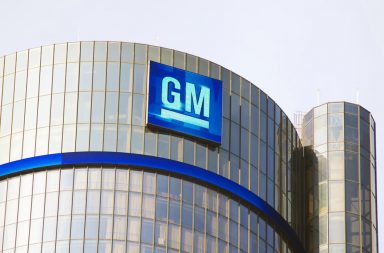