Futures indicated a higher open for Wall Street on Friday as U.S. stocks were on course to continue their rally into the new year.  The rally has drove indexes to record levels on indications of vigorous growth across global economies.

Investors were waiting on the December U.S. payrolls numbers to be published on Friday. The data is anticipated to depict employers maintaining a rapid pace of hiring while also increasing wages for workers. The report was due at 8:30 a.m. ET may support the data from Thursday that revealed private employers added a higher-than-expected 250,000 jobs in December.

On Thursday, St. Louis Federal Reserve President James Bullard stated that the U.S. tax overhaul is already driving up equity prices and it will probably boost growth as well as investment.  Bullard added the overhaul should not influence the central bank’s decision to increase interest rates at a more rapid pace. The Fed anticipates three hikes to be seen in 2018. Philadelphia Fed Chief Patrick Harker and Cleveland Fed President Loretta Mester are both expected to speak Friday afternoon.

Data regarding factory orders and international trade deficit for November as well as non-manufacturing PMI for December are due on Friday.

Among stocks, Francesca’s Holdings fell 15 percent during premarket trading following the women’s apparel maker stating it expected up to a 17 percent decline in its current-quarter same-store sales. 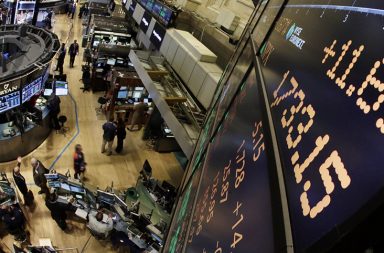