Anticipation of the Republican tax plans and the economy’s ability to handle another increased interest rate weighed on both the mood of investors and the opening of Wall Street in Tuesday. Since the quarterly earnings season is almost at its end, the market has for the most part halted after last week’s record highs.

Investors continue to wait for any type of clues for a compromise on U.S. tax policy following last week’s reveal by Senate Republicans of a plan that would reduce corporate taxes a year later than the opposing House of Representatives’ bill.

“You’re at the end of the earnings season, economic data is all distorted because of the hurricanes, I don’t think there is going to be any clear picture until we get a firm yes or no for the tax bill,” Scott Brown, chief economist stated. “We’ll see a bit of back-and-forth, the market’s got to breathe.”

A report from the Labor Department revealed producer prices increased by 0.4 percent in October, following a similar increase in September. In the 12 months through October, the producer price index has showed gains of 2.8 percent, which is the largest increase seen since February of 2012.

St. Louis Fed President James Bullard believes that the Fed should retain its benchmark interest rate at the current levels pending an increase in inflation. Investors are worried that a narrowing gap between short and long-term U.S. government bond yields proposes the Federal Reserve is probable to increase excessively which will endanger longer term inflation and growth. 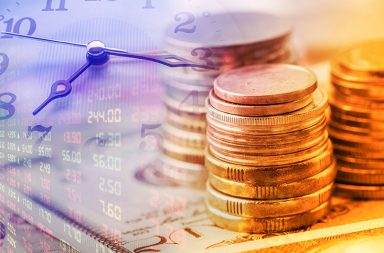