Fiat Chrysler Automobiles NV (NYSE:FCAU) is planning to stop manufacturing diesel passenger vehicles by 2022. According to the latest news from the Financial Times, Fiat reached the decision to phase-out the diesel-type vehicles after a drastic fall in the demand and the cost of complying with the emission regulations. However, the company has declined to comment on the trending news. The company supplies a fleet of vehicles including the Jeep, Ram, Dodge, Chrysler, Maserati, Fiat Marques, and Alfa Romeo.

The move comes days after another key competitor, Volkswagen- owned Porsche last week declared publicly its plans to stop producing the diesel cars from its range. Last year, Toyota also expressed its desire to stop designing diesel car models in the future due to the fall in the demand and the rising cost of maintaining emission requirements.

According to a report published by the Financial Times recently, diesel cars were once dominant fuel source in Europe but its reputation and attractiveness have since declined due to the increase in the public and political opposition tensions, which have drastically pushed several countries within Europe to completely ban the car models. The report by Jato Dynamics highlighted that the sales for diesel have since dropped by 8% with its shares trending at 43.8% in Europe according to a study carried out last year.

Furthermore, the cost of meeting the tight VW emission requirements have continued to rise, thus pushing the manufacturing firms to ditch the fuel-type. For instance, it’s estimated that developing diesel engines within the new sanctions will force the firms to incur an extra cost of 20% on top of the normal cost of production.

For quite a long time, carmakers and governments within Europe and across the globe have been promoting use of diesel as a strategy to reduce the carbon dioxide emissions in comparison with petrol but a report unveiled in 2015 indicated that Volkswagen was fitting its diesel cars with the software that deceives regulators on the pollution levels, which sparked controversies among several nations who proposed it banned. 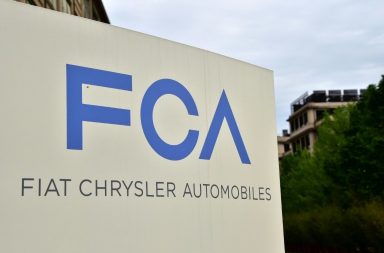