On Friday, oil slightly after the OPEC along with other major producers agreed to continue extending the output reduction until the end of next year for the sake of reducing global oversupplies of oil and to increase prices.

On Thursday, the Organization of the Petroleum Exporting Countries and some non-OPEC producers controlled by Russia decided to keep the current limits on output until the end of 2018, although a possible early exit should the market prices rise too much is possible.

“OPEC and the cooperating countries have created a very high level of confidence that they are standing behind the oil market, that they’re going to drive the inventories further down,” stated analyst Bjarne Schieldrop.

“They gave a very serious and trustworthy appearance yesterday and that is taking away a lot of the downside in the market,” Schieldrop added.

The reduction deal, was to be terminated in March, that has reduced output by 1.8 million barrels per day (bpd), assisted to reduce global oil oversupply over the past year. It brought prices back to above $60 per barrel from lows of $27 per barrel of January 2016. The increase also recovered the possibility of the bull market from the last decade when Brent prices exploded. This is what prompted Russia’s need for an exit plan and a reference to a review process in June was included.

“Without the reference to a June review, Russia would have been tied to the end of 2018; it wanted instead to have an escape clause,” strategist Olivier Jakob said.

“It leaves a question mark about the second half [of 2018] and about the commitment of Russian oil companies, which will be price dependent,” Jakob added.

The increase in oil prices can generate additional drilling in the United States, which Russia made clear is not part of the agreement. The rise of U.S. production has been a problem for the OPEC as it is deflating the impact of its output cuts. U.S. oil production reached a new record of 9.68 million bpd last week. 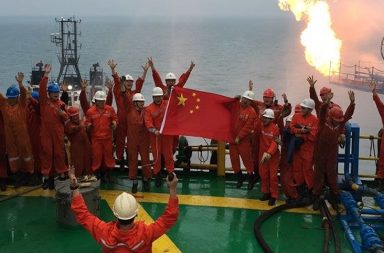