Starbucks Corporation (NASDAQ:SBUX) has decided to temporarily shut down more than 8,000 stores in the US from 1 PM or 2 PM for three hours and conduct anti-bias training for its staff nationwide to reinstate the lost image.

The leading coffee chain has apologized after the arrest of two black men in Philadelphia in April 2018 for using the lounge at its store that caused a public outcry and protests. Kevin Johnson, Chief Executive Officer of Starbucks has initiated antibias training after several protests over April incident and calling Starbucks antiblack.

The company staged a decision to train 1,80,000 workers with the help of a toolkit. Police departments and many corporations are using the anti-bias training to prevent racism at workplace. After the training, the staff will be able to deal with people politely irrespective of the gender, color, and other identities.

Starbucks will spend more than $12 million on anti-bias training. Media personnel will have a chance to interact with few selected employees in New York and get a preview of the session. Outsiders are not allowed to view the training to achieve its intended goals. Only select media personnel are allowed for the preview session of the training.

The sensitive topics that will be taken up in the training session for discussion are gender, class, race, and sexuality. Dr. Nsenga K. Burton said people external to this session will disrupt the training. He is an expert in dealing with sexuality, gender, race, and class. He is also the chair/ media of Mass Media at the Clark Atlanta University.

It is not the first time that Starbucks is conducting the training to deal with race. Starbucks has also conducted the training sessions to tackle racism three years ago under Howard Schultz, the current executive chairman.

Schultz said in 2015 session that unconscious bias is common whether we admit or not. He has launched the campaign to deal with the racial strife that took place in Ferguson, Mo.

Other prominent retailers such as Target Corporation (NYSE:TGT) and Walmart Inc (NYSE:WMT) have also conducted racial bias training. Nordstrom, Inc. (NYSE:JWN) is also planning for strengthening the anti-bias training after apologizing to three black men in Missouri over a false accusation of shoplifting.

We Don’t Have Any Plans To Build Any Gas Stations In Hawaii, Wal-Mart Stores Inc (NYSE:WMT) Asserts 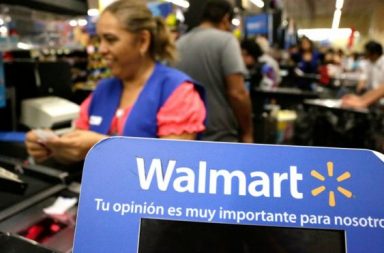