On Monday, the dollar approached its highest level in ten weeks. Sterling was the largest mover amongst developed-market currencies, recovering around 0.9 percent. In the beginning of 2017, the dollar reached 14-year highs, but since then has continued to fall due to frail economic data and uncertainties over President Trump’s ability to advocate tax reforms.

Since, the dollar has rallied nearly 3 percent against other major currencies most likely due to Trump’s tax plans and the anticipation that the Fed will increase the rates in December.

The jobs report released on Friday disclosed the first fall in U.S. employment in seven years, but investors considered the effects of Hurricanes Harvey and Irma were responsible

“Friday’s wage data were promising but the report was so distorted, I‘m not sure investors can take too much from them,” stated currency strategist Esther Reichelt. She also added, “I don’t think the market is looking further than the December meeting … I think we’ll stay around these levels for the time being”.

Data from Friday revealed investors stopped their bearish bets on the dollar from last Tuesday. The dollar index, which measures against six other major currencies, reached its highest since late July, at 94.267. On Monday, the dollar traded near to that level, creeping down 0.1 percent to 93.701.

According to economist Lee Hardman, “The gradual firming of earnings growth supports the Fed’s plans to continue raising rates gradually, although it remains a concern that underlying inflation pressures have slowed this year”.

The New Zealand dollar reached a four-month low after a final vote in the country’s general election failed to distinguish an obvious winner over the weekend. 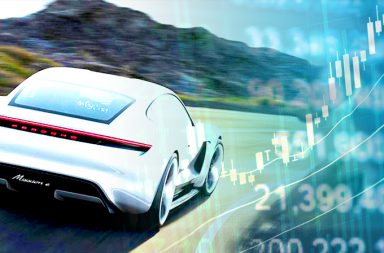