Reed Hastings, Netflix’s CEO has made a prediction for the company’s possible growth in revenues to nearly $ 15 billion in revenue receipts in the current year.

Speaking at a media event this week, Hastings sentiments were that as much as Netflix is majorly a streaming company, their DVD by mail subscriptions and DVD Netflix, subscriptions as of 2017 were nearly 3.3 million

The company however doesn’t concern so much about the rising competitions in the Film market. The online video streaming market has totally become competitive, this means that the company must be able to place focus ahead in order to bypass the competition.

Netflix has continued to outline its strategies and has mentioned that their company will only remained focused on its agenda’s without getting distracted the operations of its rival companies.

The CEO has made this predictions after Netflix entered into a deal with Ryan Murphy. This will allow the renowned producer and director to be able to exclusively produce new films and series for the company by the beginning of July 2018.

Besides signing with renowned producer, Netflix had also entered into a collaboration with Shonda Rhymes after parting ways with the ABC studios having successfully steered a 15 year career at the company.

The main concerns for Netflix at the moment are involving in a consistent content creation and shaping their marketing strategies with the company promising to inject more cash in the two main areas.

Netflix had also promised of increasing its spending by nearly $750million on content and global expansions in the quest to expand its investments in creation of contents. 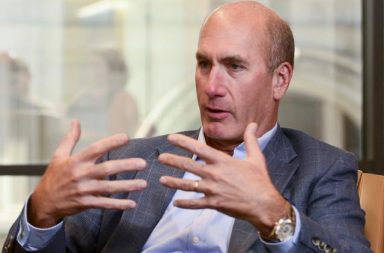